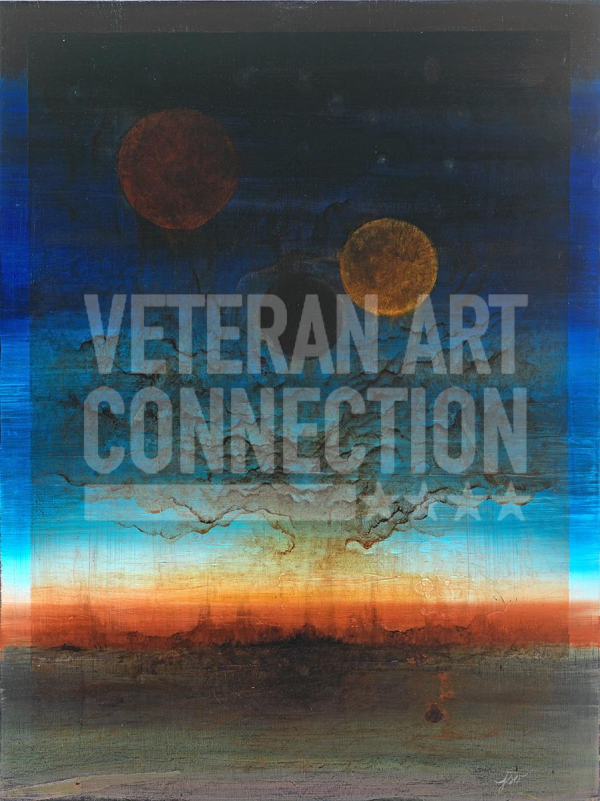 About the artist: Joshua Osburg served in the U.S. Army from 2003 – 2006 and currently lives in St. Louis, Missouri. Joshua started drawing and painting early in life for pleasure, and later in life for a purpose. Art has become central to his life since leaving the military and it played a strong role in his road to recovery after discharge. After receiving his Master of Fine Arts degree, Joshua found himself taking on the role of teacher, as well as that of a working artist. While attending school, he befriended veteran Submariner Scott Beatty, founder of the nonprofit art program Visions for Vets. Joshua was able to share with other veterans at Visions for Vets what he was learning and what he already knew, with regard to drawing and painting. Joshua plans to continue sharing his knowledge and working as an artist.