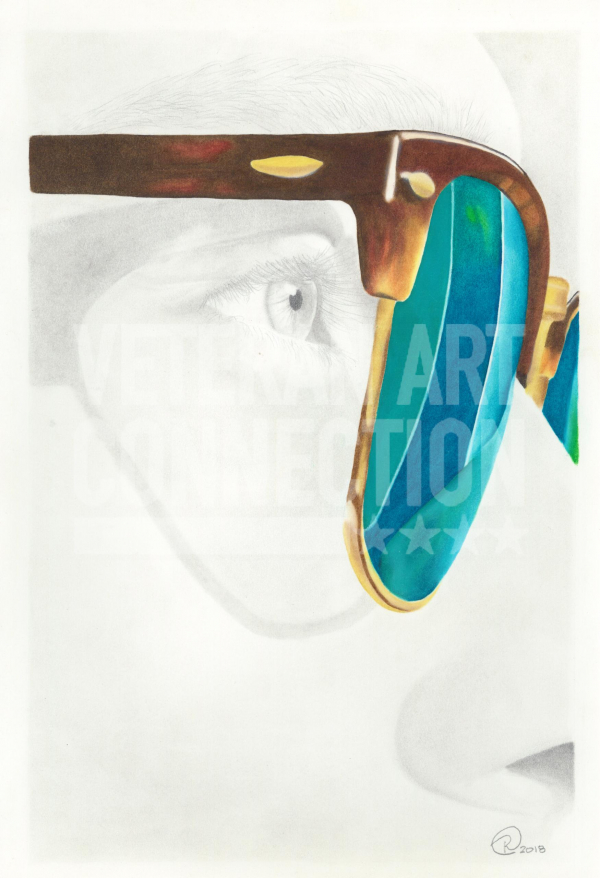 Rocky Allen served in the U.S. Navy from 2007-2011, spending the last year in uniform as a Surgical Technician in the operating room (OR) at NATO Role 3 Trauma Center, Kandahar Air Field Hospital, Afghanistan. It was during his tour in Kandahar that he experienced the effects of exposure to trauma while working long hours in the OR. Rocky returned to the States with not only severe PTSD, but an opioid addiction which had a strangle-hold on his life. It was through taking an art class in a facility, that Rocky found peace and healing, and realized he had a hidden artistic gift, one which was never tapped before in his life. Over the past two years, he has inspired and encouraged others to experience the healing of art, by teaching art classes two days a week at the facility where he resides.

Rocky believes in the healing powers of art and hopes to continue teaching art and one day, exhibiting his work in VA Hospitals and other venues showcasing the work of veterans --suffering from PTSD.

PTSD can overtake your emotions, thoughts, and skew reality. Art therapy can open the eyes and heart to “seeing life differently”

The Joshua Tree
Scroll to top